Sleep as a Recovery and Performance-Enhancing Tool

Sleep is increasingly gaining attention among sport scientists and practitioners as an important element to optimise sports performance and recovery. In fact, due to its restorative aspect, sleep is a critical aspect of the recovery processes in athletes. Both physical and cognitive stress during athletes training sessions and competitions requires an appropriate recovery process to promote adaptation, avoid injuries and burn-out.

Moreover, sleep has a strong impact on health, from hormonal balance and immune system maintenance to metabolic control, every aspect of human physiology is under the influence of the quality and quantity of sleep. Additionally, Inadequate sleep has been consistently shown to negatively affects both physical and cognitive performance. Consequently, the optimization of sleep is an essential component of athlete preparation and sleep has been suggested to be the single most effective recovery strategy available to athletes1.

Sleep is a critical aspect of the recovery processes in athletes

On the other hand, the recommended amount of sleep to achieve optimal health and quality of life varies across the lifespan, with a gradual decrease from birth to older adulthood. Healthy adults require between 7 and 9hs. of sleep for optimal performance and health, while youngers require slightly more sleep, ideally between 8 and 10 h. Duration is only one component of sleep, however, the importance of sleep quality has been increasingly recognized as a vital element of overall health and well-being and it seems to improve as sleep latency, wake after sleep onset and nighttime awakening decreases 2.

The purpose of sleep is one of the biggest unsolved mysteries of biology3. Sleep is actually defined as a lab test outcome (electroencephalogram, electromyogram, electrooculogram and polysomnography) by recording the electrical field activity of large groups of cortical neuron and muscles3. Wakefulness is defined by low-voltage fast EEG activity (LVFA) and high muscle tone, NREM sleep is characterized by high-amplitude low-frequency EEG and decreased muscle tone, whereas REM sleep has LVFA coupled with a complete loss of muscle tone (REM muscle atonia) and characteristic rapid eye movements which contrast with the slow-rolling eye movements observed during NREM3. 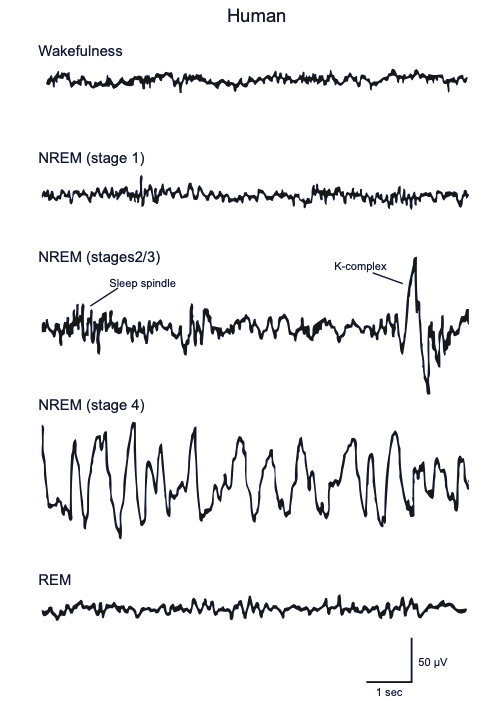 The timing, depth, and duration of sleep are controlled by the interaction between sleep homeostasis and the circadian rhythm, taking into account that the latter affects the sleep timing, while homeostatic mechanisms regulate the need for sleep or sleep pressure4. The concept of coupled regulatory process with both homeostatic and circadian systems working together is called “RHEOSTASIS”, a term coined by Mrosovsky in 19905.

From an evolutionary standpoint, the circadian system is nothing but an anticipatory mechanism to environmental changes, such as temperature, radiation, and food availability, in a 24hs cycle4. In more complex organisms, like humans, this clock optimizes internal physiology to reduce energy expenditure and the use of internal recourses.

During the active phase, food intake and activity-related behaviours take place and during rest, maintaining and growth-related tasks arise. The evolution of a central nervous system did not change rest-activity cycles, but it added a further dimension as it seems the brain needs to go offline (sleep) during rest. 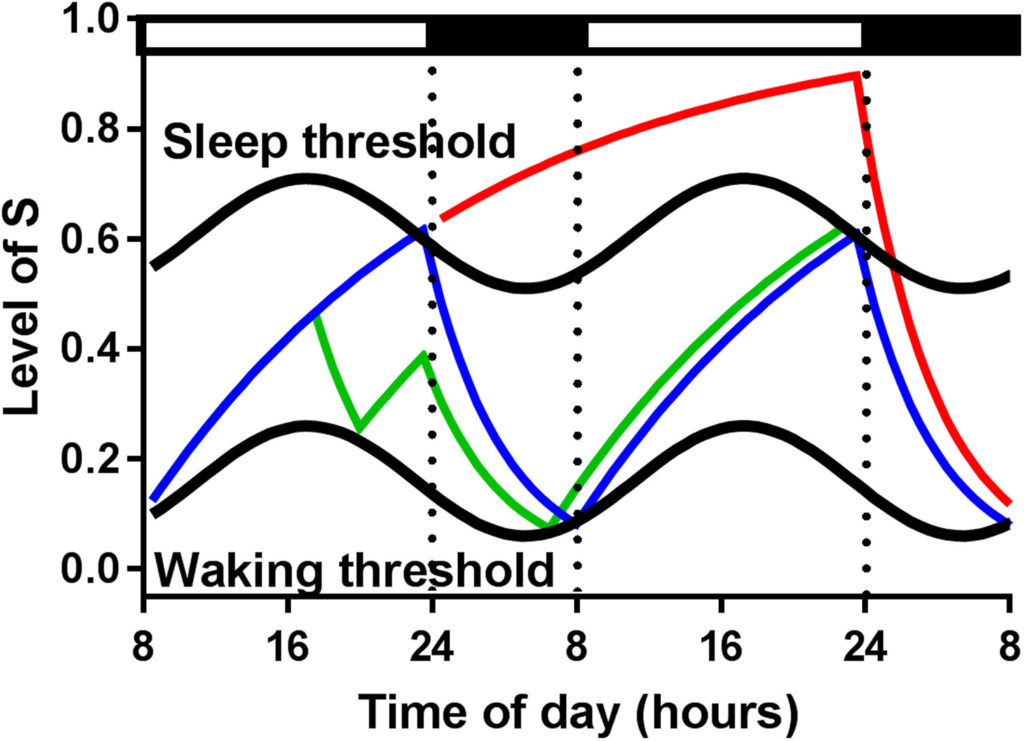 Figure 2 A representation of the two-process model of sleep regulation. The homeostatic process during a 48 hs period. Black and white bars represent the sleep-wake cycle, respectively. The Blue Line indicates an 8-16hs sleep-wake period; During the time period that the blue line increases the model is awake. When it reaches the upper threshold the model goes to sleep and the line decreases till reaching the lower threshold waking up again. The green line indicates the effects of a 2h nap around 18:00 followed by a normal night of sleep. The red line indicates sleep deprivation (40 h) and recovery sleep during the following night4.

As we already pointed out, there are 5 stages os sleep with different levels of consciousness and brain activity. These stages are known as 1, 2, 3, 4 and rapid eye movement (REM). Stages 1 to 4 within this cycle are typically referred to as nonREM (NREM) and are the progressions of sleep before the first episode of REM sleep occurs3. The cylce durations seem to be around 90 minutes and before the brain enters stage 1 the body seems to need between 5-20 minutes in a relaxed state with no stimulating activity ( e.g.; screen time). The total structure of sleep constitutes 75% NREM and 25% REM, with the majority of REM sleep met within the last third of nighttime sleep. A greater frequency and duration of REM is suggested to enhance recovery processes and lead to more optimal wakefulness6. 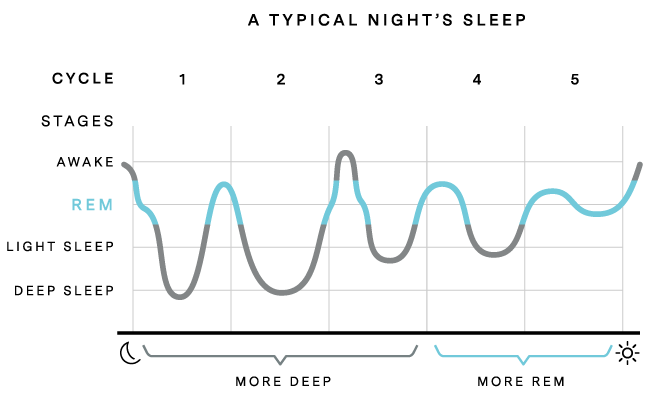 There are several theories behind the function of sleep, however, the most accepted ones by the scientific community are (1) Sleep has a restorative effect on the immune and the endocrine systems, (2) sleep assists in the recovery of the nervous and metabolic cost imposed by the waking state, and (3) sleep has a vital role in learning, memory, and synaptic plasticity7,8.

Behind those theories lies the foundation of why sleep quality, quantity and timing helps to improve memory and learning, increase attention and creativity, and aid in making decisions.  Individuals that have not had adequate sleep may have difficulty making decisions, problem-solving, controlling emotions and coping with change. Lack of sleep is also associated with depression, suicide and risk-taking behaviour7,8.

Moreover, sleep is also essential for the maintenance of physical health, particularly in the healing and repair of cells. It also helps to maintain the balance of several hormones, such as ghrelin and leptin, which regulate feelings of hunger and fullness and is likely to explain the link between inadequate sleep and increased risk of obesity, cardiovascular disease, stroke, diabetes and kidney disease7,8.

In Addition, the processes of growth and development are also related to sleep. Deep sleep triggers the release of growth-promoting hormones, which boost muscle mass and repair cells and tissues in the body. The immune system also relies on sufficient quantity and quality of sleep and deficiency in sleep is linked to difficulty fighting infection and increased risk of getting ill7,8.

Finally, Sleep restriction (SR) occurs when humans fall asleep later or wake earlier than normal; that is, their normal sleep-wake cycle is partially disturbed. In contrast, sleep deprivation (SD) generally refers to extreme cases of sleep loss, whereby humans do not sleep at all for a prolonged period (i.e. whole nights)9.

More and more athletes are learning that sleep has a big impact on performance, wins, and losses. Physical conditioning and good nutrition are critical in reaching peak athletic performance, but sleep plays an equally important role. In recent years, it’s become clear that both the quality and quantity of sleep obtained by elite athletes can be the edge between winning and losing on game-day10,11.

Even though some early studies suggested that athletes possess similar or even superior sleep quality and quantity than nonathletic subjects12, it has also been shown that the sleep needs of athletes may be greater than healthy non-athletic individuals (9-10 vs 7-9) 13. However, recent evidence suggests that some athletes sleep far less than either of these recommendations14. Guidelines are far from perfect, and they don’t take into account the variability of sleep needs and characteristics across individuals, making sleep recommendations difficult, especially for athletes15.

Moreover, maintaining and optimizing physical health is essential for peak athletic performance. The ability to stay healthy and avoid illness and injury is critical for athletes’ ability to perform. moreover being able to tolerate training loads are mandatory for elicit greater adaptation. There is accumulating evidence that insufficient sleep increases injury risk. Adolescents sleeping less than 8 h/night were found to be 1.7 times more likely to experience a significant injury than those who slept more than 8 h28. Also, the risk of developing a cold is greater with less than 6 h of sleep per night compared with sleeping 7 or more hours29. Athletes who showed consistency in sleep missed significantly fewer sessions due to fatigue and injury30. In addition, sleep restriction has been shown to negatively affect training load assimilation and subjective well-being31,32.

Furthermore, sleep is intimately involved in pain regulation, it has been reported an 8% decrease in pain threshold tolerance after a single night of total sleep deprivation33, and increases (5–10%) in spontaneously reported generalized pain after both total and partial sleep restriction34,35.

Sleep assessment is not an easy task. In-lab polysomnography, the gold standard diagnostic test for primary sleep disorders, is too resource-dependent to be considered efficient and economical for use as screening tools. Even though technological advances led to an improvement in gadgets reliability, such as wrist actigraphs, there are still costly and time-consuming when large numbers of athletes are being assessed for sleep disturbance.

Optimal sleep can be achieved through simple lifestyle interventions. 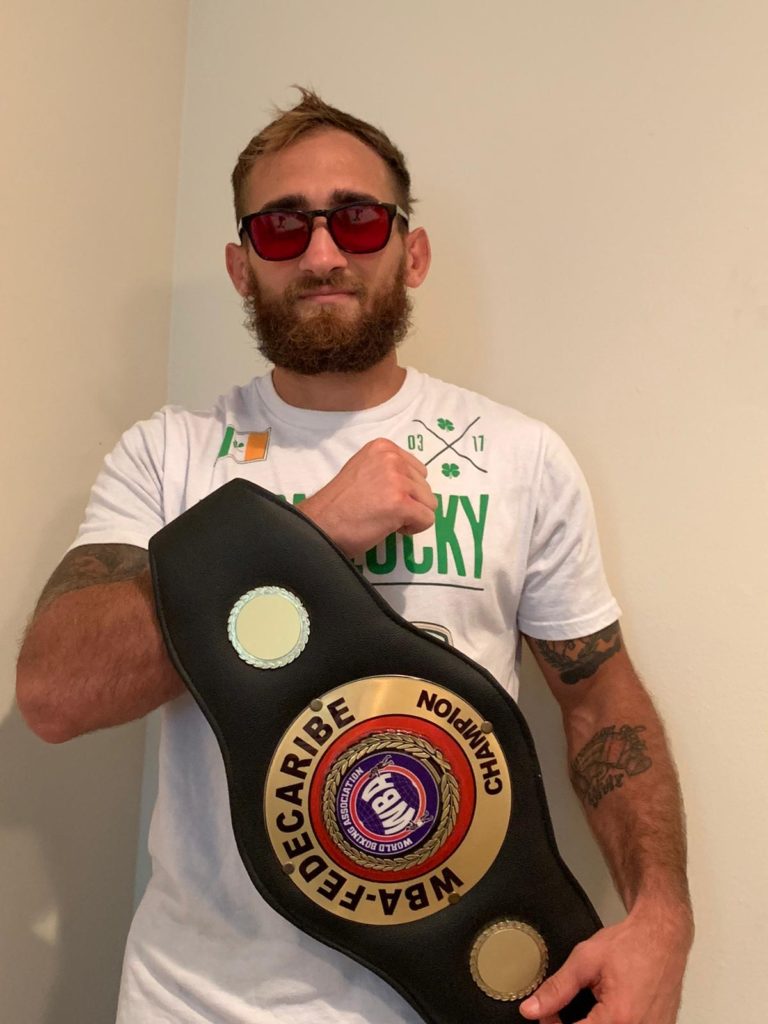 5.Rheostasis; the physiology of change. Comparative Biochemistry and Physiology Part A: Physiology 100, 1053 (1991).