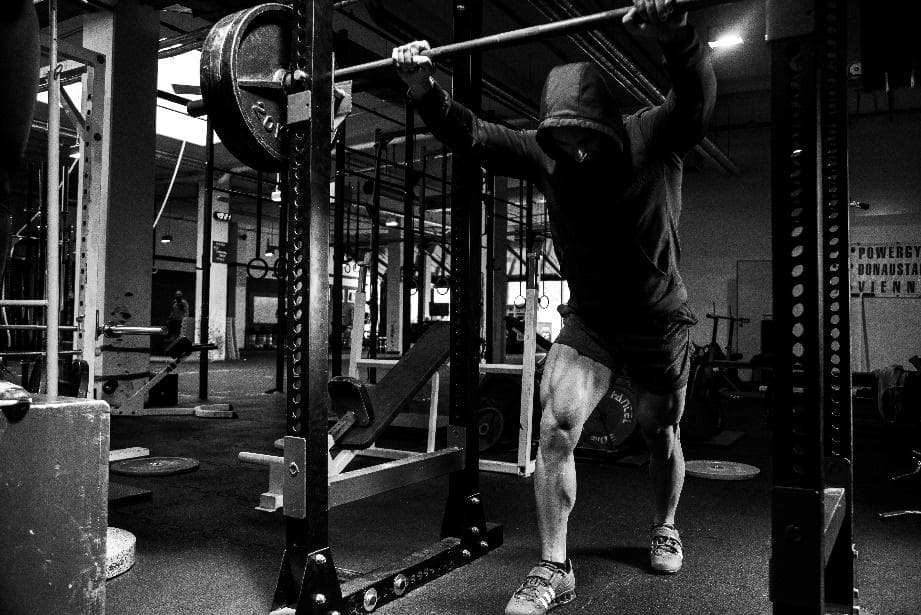 The gain of muscle mass and the gain of strength are one of the most sought-after qualities by those people who want to look with a better physique, achieve better marks in their respective sports modalities or improve their state of health. You may have tried different types of strength training, but you haven’t noticed any kind of muscle mass gain.

WHAT IS MUSCLE HYPERTROPHY?

There is a strong correlation between muscle cross-area volume and muscle strength (Schoenfeld, 2010).

WHAT ARE THE MECHANISMS OF MUSCLE HYPERTROPHY?

CHARACTER OF THE EFFORT AND ITS RELATIONSHIP WITH HYPERTROPHY

“An effort is defined by the relationship between what is done and what could be done. We have called this relationship “Character of Effort” (CE). The closer we get to what we can do, the greater the “character or degree of effort”, and the greater the fatigue” (González-Badillo, 2017, p.24).

Taking into account the definition of the EC that Badillo makes, we can say that a maximum EC is synonymous with muscle failure or, failing that, an approximation to it. Muscle failure will be a very relevant factor if our goal is to increase our levels of muscle mass, that is, we seek an increase in hypertrophy.

This concept of EC is closely related to the modified Börg perceived exertion scale, which attributes a value from 1 to 10 to a series (RPE), this 10 being the highest value. Another tool frequently used in load training is the bedroom repetitions (RIR), that is, how many repetitions, within the same series, you could have done, but leave undone. There is evidence confirming the relationship between RIR and RPE with strength training fatigue level(Naclerio et al., 2015; Zourdos et al., 2016).

When our goal is structural, that is, to increase the levels of hypertrophy, we will seek to work with a high CE, or what is the same a high RPE or low RIR.

The latest research tells us that there are no differences between RIR 0 and RIR 2-3, therefore, to avoid excessively burdening the training, we will seek to stay 2-3 repetitions of the failure.

Limit high degrees of effort in multi-joint exercises with great technical complexity, especially in novices and if we wish at some point in our planning, we will train muscle failure when we use low loads and high repetitions. Periodizing muscle failure within a training mesocycle can be a good resource.

AND HOW MUCH WEIGHT SHOULD I TRAIN WITH?

This is one of the most common questions in gyms when someone asks the goal of increasing muscle mass.

The intensity of the load, which we can define as the %of the 1RM that is used in a given exercise, we have to know that the hypertrophy is similar regardless of whether light (>15RM), moderate (9-15RM) or heavy (≤8RM) loads are used, provided that it is trained with a character of the maximum effort.

The classic recommendations of training focused on muscle hypertrophy, supported by current evidence, involved the use of loads equal to or greater than 70% of the 1RM with a moderate range. If regardless of the load the series are led to muscle failure, the mechanical tension seems similar. But what is that about 1RM?

The 1RM is the largest amount of weight that can be lifted once (Baechle and Earle, 2007). The intensity of the training is given by the %1RM that we want to mobilize. This is known as relative intensity.

To know your 1RM there are different strategies being the most common to perform a 1RM test. This consists of a direct measurement, that is, incremental test in which we add load progressively until we see what is the maximum load that can be mobilized.

The problem with this type of test is that they require a lot of effort, fatigue, and cannot be performed every day. The body is excessively compromised and the risk of injury is high if you are not prepared for it. There is also what is known as AMRAP, that is, perform a certain number of repetitions (the less they are, the better) until the failure and through equations estimate the 1RM.

Another way is by knowing the speed at which certain loads are mobilized. González-Badillo & Sánchez-Medina (2010) confirmed that there is a direct relationship between relative load and average propulsive speed. 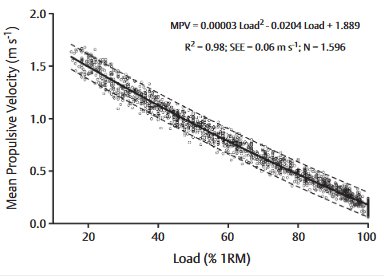 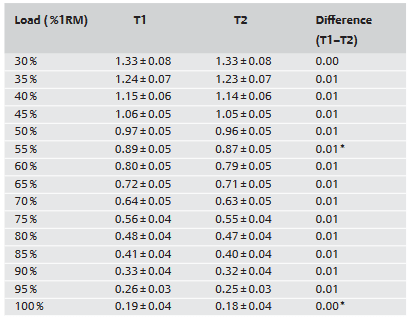 As a result of this study, numerous researchers conducted similar research with other exercises seeing that, although the speeds were different, the load-speed relationship was still direct. In other words, knowing the speed you will be able to know what percentage that load corresponds to without having to reach muscle failure.

Continuing with this interesting topic on the percentage of load-speed ratio and recovering the idea of the CE, Badillo also related all these concepts.

A fundamental idea and that you must take into account yes or yes, is that the more it costs us to mobilize a load, that is, the greater our CE, the slower we will lift it, although our intention is to lift it at the maximum possible speed.

If our goal is structural and we seek to increase our muscle mass with strength training, our EC must be high, as we have talked about before, be close to failure. That’s the same as reaching a high loss of speed. Badillo and collaborators (2017) speak of a loss of more than 40%.

Thanks to the VBT and having an encoder like those of Vitruve, you will be able to know your 1RM without having to reach muscle failure, thus reducing the degree of injury and knowing the 1RM of each of your training days.

In addition, you will be able to know the speed of each of your lifts being able to program the loss of speed you want, and therefore, knowing in a more objective way the CE to which you are performing the series.

Finally, your workouts will be more efficient and you will be able to control and monitor progress day by day. In the end, what is not measured, cannot be improved.