Following these phases will generate an increase in your  weightlifting capacity and will increase your specific performance in your sport. Probably, if you follow these phases independently you would not achieve the same results. Within a preparation program for any type of sport you will mainly find two phases. The first phase (the general preparation phase) mainly related with the capacity to work and the creation of a structure which will later be able to support all the stress generated by competition. The second phase (the competition phase) in which we barely accumulate any volume of training due to the large amounts of fatigue accumulated by the competition phase while still utilizing high or very high intensities (1). 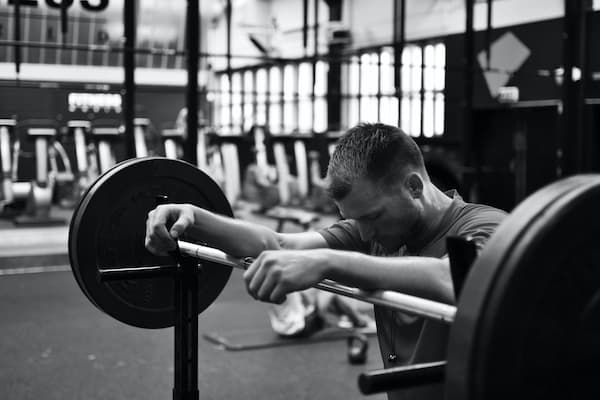 This phase is characterized by the use of really high intensities (+ 90-93% of 1 RM) and a really low volume of work. However, we will also find high load microphases with greater volume and less intensity. The recommendation when these phases exceed 3 weeks is not to exceed 80-85% of the 1RM in order not to accumulate fatigue that will hinder performance during competition (1). Training based on speed and improvement of weightlifting capacity:

Velocity-based training (VBT) is crucial to prepare for any of the above phases. It is presented as a superior method compared to training based on percentages (5) and training prescribed based on the ratio of perceived exertion (9)

We know that the progressive accumulation of fatigue indicated by a greater loss of speed seems to be an important variable in the configuration of strength training since it can influence functional and structural neuromuscular adaptations (3) In fact, speed losses of 20% obtain similar improvements in strength during a squat movement, yet better performance in a countermovement jump (CMJ) than speed losses of 40%. However, speed losses of 40% obtained significantly greater improvements in cross-sectional increase when compared to 20%. (3)

On the other hand, during power-strength phases, VBT can be of much more help since speed losses of 5% induced performance improvements like speed losses of 20% of strength, jump and sprint despite accumulating 36.2% less volume and therefore less fatigue (4). A lower accumulation of volume with its consequential fatigue can be essential in periods of competition where sporting events take place frequently.

First of all, you must understand the role that the attention focus plays in all this. Depending on where the focus of attention is placed, some results or others will be obtained. In this section I am not going to tell you that an internal attention focus is better than an external one, but that each focus has its application with its advantages and disadvantages.

That is, if we ask our athlete to lift at maximum speed, some technical aspects will be neglected but the strength gains will be much greater. If, on the other hand, we ask him to focus on technique, this lifting speed will be reduced, obtaining better results in terms of improving technique. My recommendation is that before starting to on an external focus, the athlete reaches a minimum technical ability and acceptable levels of strength. A novice athlete with low strength levels probably won’t benefit as much from speed-based training.

Where and how to include VBT to increase your weightlifting capacity?

During the first mesocycles, implementations of programs such as 1×20 or the like can take place. These programs place great emphasis on improving technique through a wide variety of movements and high rep ranges. The speed of the exercises is usually controlled, and you do not lift at maximum speed in many cases. Therefore, you will not use velocity-based training until athletes have achieved some technical ability and surpassed these phases.

In the subsequent mesocycles, phases more oriented toward generating a certain structure may take place, reaching high intensities and closer to failure. In beginner athletes, the use of cluster series with the aim of accumulating high volumes of training at decent intensities does not make sense, so here the use of the Ratio of Perceived Effort (RPE) or Repetitions in Reserve (RIR) may have a better practical use. However, when athletes already have reached a certain level, the implementation of cluster series can be interesting. It can be very interesting to use velocity-based training in order to stop the series once a certain level of fatigue is reached.

If your athlete has reached a certain technical ability thanks to all the previous phases, you can begin to use velocity-based training since the strength levels are most likely acceptable. During this phase, we begin to introduce moderate and high intensities. Also, as we have already seen, lower speed losses are correlated with higher strength gains. Therefore, the estimation of the load corresponding to the percentage of the determined 1 RM and the control of the loss of speed is essential in this phase. Here, an external focus of attention, focused on speed, can begin to be implemented.

If your attention is focused on speed, the use of VBT is essential to control your levels of fatigue.

One of the main problems that you may encounter is that your athlete has not yet reached the necessary technical ability or the necessary levels of strength. If so, you can start using methodologies like triphasic training in this period. Triphasic training is based on the fundamental premise that all types of dynamic actions are triphasic or have three phases and are composed of an eccentric phase, an isometric phase and a concentric phase.

ECCENTRIC PHASE: Two physiological processes are put into operation, the stretch reflex and the stretch-shortening cycle.

When it comes to maximizing an athlete’s strength production, training methods that minimize the inhibitory effects of the Golgi tendon organ and maximize the excitatory response of the muscle spindles should be used. During the eccentric phase of a squat a stretch is applied to the quadriceps, hamstrings and glutes and produces an activation of the stretch reflex. If the athlete is unable to withstand high levels of eccentric force the resulting concentric contraction will be weak. (5)

In addition, elastic energy storage occurs during the eccentric phase of the stretch-shortening cycle. The more energy the athlete is able to store, the more energy can be applied dynamically (5)

The total eccentric contraction time can reach up to 6 seconds. This will generate a high time under tension producing structural adaptations and will also allow the acquisition of a greater technical ability. Although eccentric contractions at fast speeds produce greater strength gains, I would not recommend them in an athlete who does not yet have some technical ability and acceptable strength levels.

ISOMETRIC PHASE: This is a transition phase between eccentric and concentric contraction. The less time spent here and the faster the athlete is able to phase change, the less elastic energy will be dissipated. During this phase, two neurological mechanisms take place:

In this phase, special emphasis is given to the isometric contraction, which can take up to 5-6 seconds. In my opinion, prolonged isometric contractions favor not only the increase in the ability to exert force, but also facilitate the motor task by improving the athlete’s motor skills and allowing him to acquire a greater weightlifting capacity.

“As a generalization, the concentric phase of dynamic movements is a much more complicated motor task than the eccentric or isometric phases” (5)

You can start using VBT if your athlete has already acquired adequate technical ability or mastery. Remember, athletes with a weak base of strength or little technical ability are likely to benefit more from controlled contractions. Do not try to implement velocity-based training in beginner athletes. 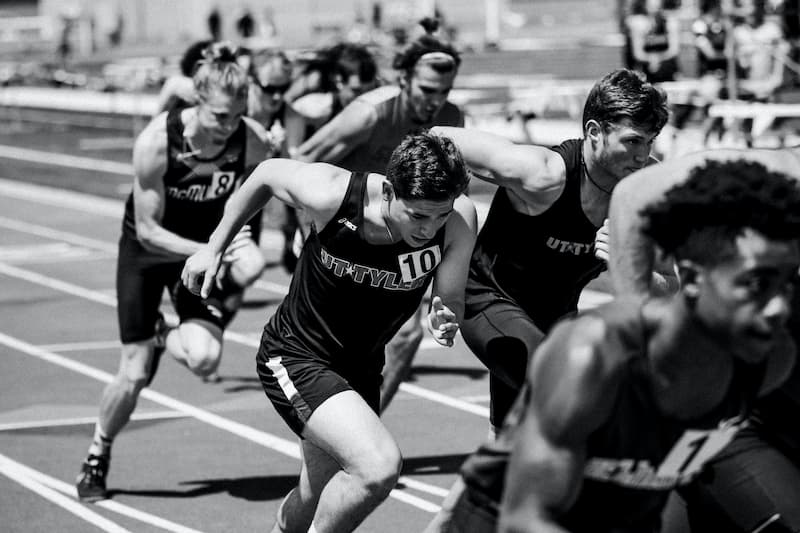 Stopping the set at the right time can prevent fatigue from spiking and reducing your athlete’s performance. During these phases it is vitally important not to kill the explosive weightlifting capacity of your athlete. In addition, the volume of training sessions and games can be quite high.

During these phases, advanced methodologies such as French training or contrast methods can be used, the objective of which is to enhance the subsequent explosive action. Excessive fatigue can hinder your progress here.

Using intra-series speed loss percentages of 10-20% and even lower can be interesting here. Both speed thresholds have been shown to induce similar adaptations in terms of performance, despite accumulating a greater volume of training with 20% (6). In addition, as I already mentioned at the beginning of the post, the speed losses of 5% yielded similar results than the losses of 20% with 36.2% less accumulated volume (4)

Despite this, percentage-based stopping has its limitations since you can achieve different characters of effort, that is, you will get closer to muscle failure, as the series progresses. For example, you start the first series at 0.60 m / s and stop it when you reach a speed of 0.48 m / s (20% loss). In the next series, you will start at a slower speed, let’s say you start at 0.55 m / s. Stopping the series with a 20% loss of speed, the last speed recorded will be around 0.44 m / s, close to muscle failure. To avoid this you can use the relationship between the average concentric speed and the ratio of perceived exertion here.