Muscle hypertrophy is a physiological process that results from a mechanical stimulus, during which the contractile elements enlarge and the extracellular matrix expands to support growth. It should not be confused with muscle hyperplasia, the process that results in an increase in the number of fibers within a muscle. Contractile hypertrophy can occur by adding sarcomeres in series or in parallel (1).

Most of the exercise-induced hypertrophy is the result of an increase in sarcomeres and myofibrils added in parallel. When skeletal muscle is overloaded, changes are caused in the myofibers and the extracellular matrix. This triggers a chain of myogenic events that results in an increase in the size and amounts of the contractile proteins called actin and myosin, in addition to the total number of sarcomeres in parallel. As a consequence, the diameter of the individual fibers is increased resulting in an increase in the cross-sectional area of the muscle (1). 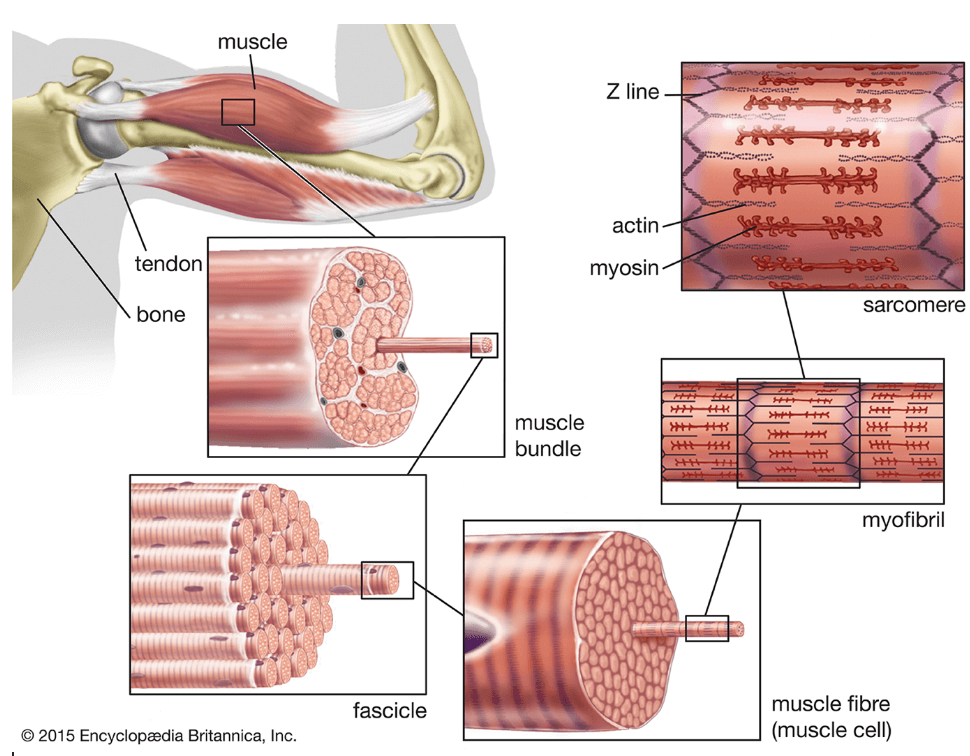 It is well established that strength training can promote increased muscle hypertrophy. Mechanical stress is known to be the main mechanism. Increased strength development is the critical event to initiate compensatory muscle growth (2).

Currently, theory suggests that stimuli associated with resistance exercise disrupt skeletal muscle integrity, resulting in mechanochemically transduced molecular and cellular responses in myofibers and cells called satellite cells. Satellite cells are undifferentiated cells with the potential to become new myofibrils, they are like skeletal muscle stem cells (3). Exercise-induced hypertrophy is facilitated through a cascade of signaling pathways (anabolic and catabolic) which the effects are translated from mechano-stimulation to subsequent targets that cause changes in the balance of muscle proteins and thus favor synthesis on degradation (2). That said, the precise mechanisms and the interaction between them have yet to be fully clarified (2).

Given the dominant role of mechanical stress in muscle growth, the question arises as to whether other factors can enhance the hypertrophic response to exercise. There is compelling evidence that metabolic stress can contribute to hypertrophic adaptations. What is unclear is whether metabolic stress is additive to mechanically derived signaling or perhaps redundant as long as a certain level of intensity is achieved. One problem with current research is that mechanical and metabolic stress occur in tandem, making it difficult to distinguish the effects of one from the other (2).

Current theory suggests that there is a certain threshold of mechanical stress necessary to initiate and promote muscle growth, which is assumed to be in the range of approximately 60-65% 1RM (4).

However, recent studies seem to contradict these findings. Tanimoto et al. demonstrated that a slow 50% 1RM work with tonic force generation (3 seconds of eccentric and concentric movement with no relaxation period) resulted in similar increases in muscle size compared to an 80% 1RM work with a rhythm of traditional execution (1 second for the concentric and eccentric phase). The results were attributed to higher metabolic stress associated with the lower intensity protocol. More recently, Mitchell et al. showed that following a 10-week protocol of resistance exercise of the leg extensors at an intensity of 30% 1RM, hypertrophic responses were produced similar to that of the 80% 1RM training (although with a substantially greater volume in the low-intensity exercise). In contrast, Holm et al. reported that a 70% intensity 1RM protocol produced a 3-fold increase in muscle hypertrophy compared to a low intensity 15.5% 1RM over a 12-week period (5,6,7).

It should be noted that hypertrophy associated with lower intensity training is highly dependent on training to muscle failure.

Muscle hypertrophy is not a process dependent on the type of exercise but on the training load. In other words, any exercise can cause muscle hypertrophy if the necessary conditions are provoked (mechanical and metabolic stress). Complex, useful exercises are proposed, involving multiple joint nuclei and helping to form a good foundation. For athletes with ≥ 1 year of experience, the following exercises are suggested: 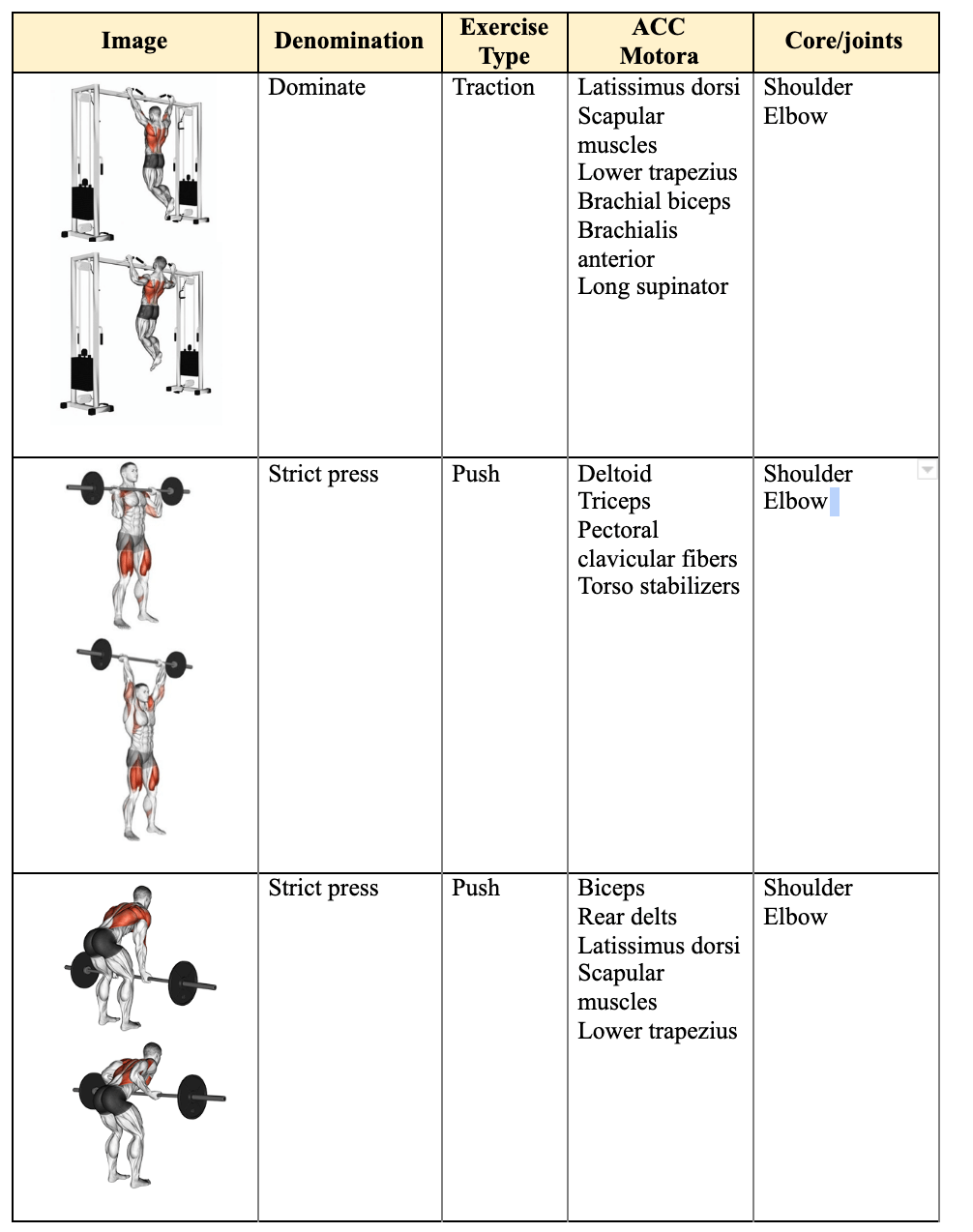 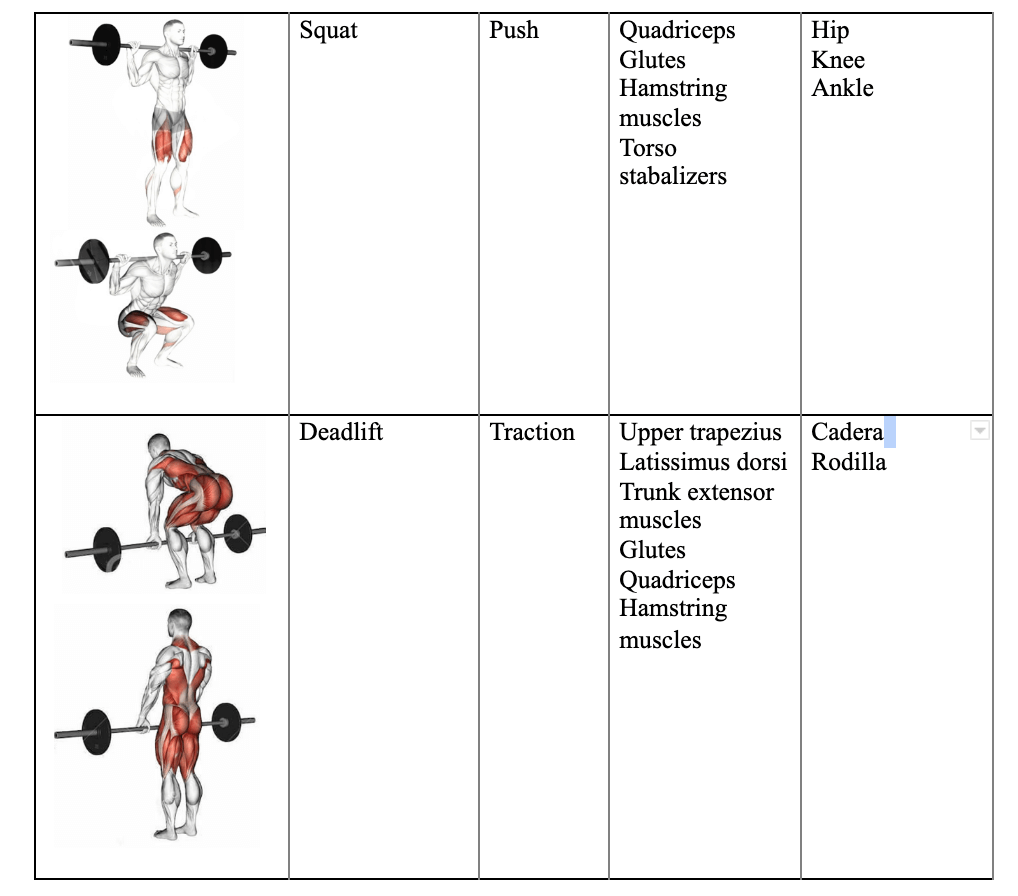 Training to Improve the Speed of Young Athletes

END_OF_DOCUMENT_TOKEN_TO_BE_REPLACED

Warm up exercise guide for athletes

Training to Improve the Speed of Young Athletes

END_OF_DOCUMENT_TOKEN_TO_BE_REPLACED

Warm up exercise guide for athletes