The squat is an exercise that is part of the basic routine of a large number of gym users. Although we have different variants, sumo squat, low bar squat, high bar squat, front squat, etc. The common squat is one of the most repeated exercises in any type of routine. The squat is an exercise that mainly involves the knee and hip joint so we could say that it is predominantly lower body. However, the squat, in any of its form, requires an external weight that is often defined by an Olympic bar and discs. When this happens we hang over our cervical spine 100, 150, 200 or 250 kg. The compression to which our spine is subjected is extreme and, therefore, the back, the “Core” and our entire trunk is compromised.

The importance of lumbothoracic stability

In the same way it happens with another exercise such as deadlift. In addition, in this exercise depending on how it is performed we will have more pressure in the lumbar region or in the dorsal region. Their involvement can become very dangerous. The danger of not having a lumbothoracic stability lies in the fact that a poorly performed exercise with high loads can be a very serious problem such as a hernia.

These are the two main exercises in which having a good understanding in the “core” area is of vital importance if we want to avoid injuries. But not only in these two, any exercise with free weight that requires good thoracic and lumbar stability. For this, there are the so-called “breathing” exercises that seek to fill the abdominal cavity with air with the aim that our entire system is more compressed and the risk of injury is reduced when we are going to perform any type of exercise. However, there is already some study that has analyzed the effect of “breathing” on parameters such as eye pressure when exercising. In fact, a study by J Vera and colleagues in 2020 looked at how breathing patterns during strength training affect intraocular pressure (1) and saw that normal breathing should be maintained when performing a common squat.

What is belt squat?

However, in recent years a different type of squat has been used called “belt squat”, but the resistance is predetermined by a pulley that you hook to a belt. This type of squat can be developed thanks to a special machine that we can see in the following image (image 1) or with an Olympic bar, discs and a chain hooked with a belt (image 2):

The good thing about this exercise is that it eliminates the upper load that we can have that is also usually influenced by the degree of shoulder mobility we have, our own body composition, since a thin person will notice the bar in the cervical area and can cause pain and, finally, because a squat with a bar will be determined in a ≈ 75% by our technique.

One of the advantages of the “belt squat” is that that external component with which I have to load is eliminated and the execution forces are slightly different. In order for us to understand this we have to take into account that the resistance of a normal squat and a “belt squat” start from totally different points. While in a common squat the weight comes from the top with the “belt squat” the weight is pulling us down at all times and the forces that fall on our hip extenders and are different.

A normal squat is the same as a squat belt

There are already previous studies that have analyzed the differences between both types of squats. In this case, we are talking about the study carried out by Lori J. et al. in 2020 in which they compared the activation of different muscles in both types of exercises (2).”

For this study they had a total of 10 people (a single woman) with experience in strength training and without any injury or discomfort in the last 6 months. The participants had to go to the laboratory in a single session in which they randomly performed a “back squat” and a “belt squat”. Before the main measurement, an initial warm-up was carried out based on 5 sets of 5 repetitions with a progressive increase in the load to 25%, 50% and 75% of the body weight itself. Once warmed up they performed 3 sets of 5 repetitions with 100% of their body weight with 3 minutes of rest between sets of one of the selected exercises and later, after 5 minutes of rest, they developed the same protocol with the opposite exercise.

On both occasions, both movements were measured by surface electromyography to know the activation of the different body regions (i.e., femoral rectum, vastus lateral, vastus medial, femoral biceps, gluteus maximus, gluteus medius, adductors, gastrocnemius, anterior tibial, lumbar extensors, rectus abdominis and obliques) as well as by visual analysis.  And what were the results?

Image 3: Example of the exercise session with “belt squat”

Which muscles are most activated during Belt Squat?

We must emphasize that the main objective of this study was to check if there are differences in the activation of the lower back and legs between both movements. The results show that the lumbar region, specifically, the lumbar extensors reduce their activation by approximately 45%. In addition, there are no differences between the “belt squat” and the normal squat when we talk about the activations of the legs since they remain very similar in both cases. The difference between both movements is clear: Having an external load placed on top of the shoulders puts extra pressure on our spine that translates into greater activation of the stabilizing muscles of the back. When the load is placed on the pelvic region, we avoid this intervertebral pressure and therefore it is not necessary for the muscles of the “Core” to be activated.

Utilities of the belt squat

This type of exercise can become extremely interesting for those people who, due to their own morphology or some pathology, are not able to withstand high squat loads. In fact, on many occasions we will see athletes in gyms with abdominal belts that provide that stability that is demanded both in squat and in other exercises such as deadlift or rowing with a standing bar.

However, we believe that this type of safety materials is good as tools to use in the face of certain loads, but it is best to always have a progressive overload of the training load and adapt to the body. It is useless to lift 150 kg in a squat if I need an understanding belt for it. The musculature of the “Core” like any musculature of the organism needs a progression and giving it an external help can always cause that this musculature never advances.

How to mount your belt squat

Finally, we must also emphasize that the “belt squat” is not a type of exercise that can be done in all gyms. As we have seen, it usually requires a special machine that does not always exist. However, we would like to give the tip that we have seen in image nº2. You only need a bar, a good anchor and some discs to be able to do a similar exercise.

In fact, when we are starting with this exercise it is not necessary that we take a bar we can hang a kettlebell or a weight to a belt that we have and we can develop this exercise without any problem. We also recommend starting from a slightly elevated position and focusing on the first 2-3 workouts in improving technique, without much load. The first thing is to adapt to the new movement, stabilize our body and have motor control over the movement.

By way of conclusion and finally, remember that the placement of a high weight in the shoulder area can be related to greater vertebral compression and can generate pain in the lumbar region. In addition, a bad technique in squat due to a bad ankle dorsiflexion or a bad compensation of levers can be harmful to our health and the first thing we will have to attend to will be this deficiency. Secondly, it seems that the “belt squat” is a great exercise to eliminate that abdominal compression and seems to have the same effects on the muscles of the legs. And why not? Giving a different stimulus to the body will always make the gains in muscle mass and strength greater so why not try it? 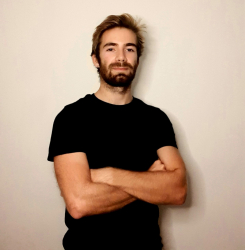