Velocity-Based ResistanceTraining has meant a paradigm shift in the way of conceiving the programming, control, and monitoring of strength training in recent times, in addition, its Implications go far beyond strength training itself, influencing the very concept of training for performance improvements.

Using VBT has been proved to be a really precise way to estimate 1RM 1,2; control fatigue throughout velocity loss 3 and provide feedback to generate a competitive environment, improves motivation and boost performances in athletes 4,5.

In most resistance exercises, movement starts from zero velocity, achieves peak velocity at some intermediate time within the concentric portion of the lift and, finally, returns again to zero velocity. Thus, a considerable portion of the concentric phase is devoted to decelerate the load, especially with light (<50/60%1RM) and medium loads (60-75/80% 1RM) 8. This negative acceleration (deceleration) appears to be greater than what would be expected due solely to the effect of gravity and it´s due to the athlete´s force applied in the opposite direction of the motion. As a result, the force applied by the athlete against the external load is negative and from a kinematic point of view the movement can be further subdivided into a ‘ propulsive ’ ( F > 0) and a ‘ braking ’ ( F < 0) phase8. 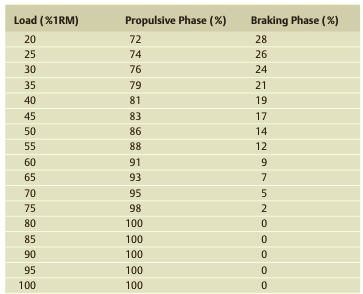 Figure 2 – Comparison between bench press performed with 20 vs 80% 1RM. As the load increases, breaking phase shortens and accelerating phase increase. Velocity decreases as the time to reach peak velocity increase when load is greater.

On the other hand, In a ballistic exercise, there’s an initial rapid and powerful force applied followed by a projection of the body, load, or implement into the air 9. This applies for jumps, throws and also Olympic lifts and it seems that every ballistic lift has a defining moment at which peak velocity occurs. In the case of Olympic lifts, assuming technique is correct, it should be at the top of the second pull 10,11and peak velocity of the jumps occurs around at the end of the push-off phase12,13. So, this type of movements doesn’t have a deceleration phase.

Moreover, If we as coaches, can set up a competitive environment whereas athlete do their best trying to beat their teammates or training buddies, there is a great chance they will start deforming the technique (especially with Olympic lifts). Usually, when performing a movement from the floor, they’ll try to lift the barbell as fast as possible rather than doing a smooth and clean first pull and then transitioning into a vertical torso positioning with both knees bend just before the second pull. my Weightlifting Coach Matias Muñiz, from who I learned almost everything I know about weightlifting technique, used to call this “Trigger”, so I´m gonna honoured that and call it that way.
Those “cheating” movements are not desirable at all and should be discourage athletes doing them but it´s a natural thing when competing against someone else. It’s much harder to cheat the peak velocity through manipulating an entire movement form when trying to achieve a higher score. 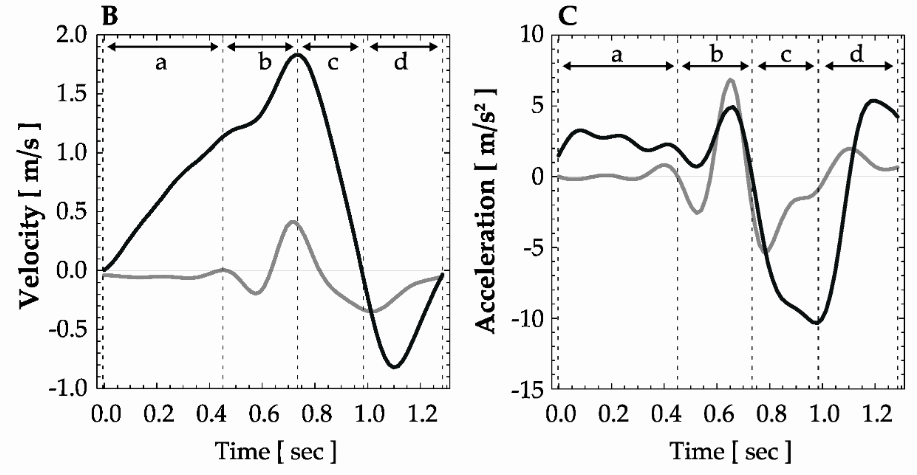 Finally, the last thing to consider is why we are using a given exercise in our training plan?. Unless you are working with pro weightlifter, chances are you are using Olympic Lifts and derivatives to increase your trainee’s speed-strength ability and power, in which case it makes no sense to use the full lift but only the pulling version of the lift. As I mentioned before, both peak power and velocity occur around the second pull, whatever happens after that is, from a power generating perspective, totally irrelevant, fatiguing, time-consuming and requires great skills to master.

But, What if I actually am a weightlifter? well, in that case, VBT is mostly useless. The whole point of a full clean or snatch is lifting as many kgs as possible and because the technique shouldn´t vary at all irrespective of the weight moved, the barbell it´s supposed to travel at the same velocity. No, I´m not defying the laws of physics, but what actually happens is that, as the barbell weight increases, and because the velocity of the barbell should be stable, the athlete must increase the velocity at which he or she positioned into the catching phase. In that scenario, VBT is only useful as a readiness tool or to monitor fatigue but it’s a topic for another post.

Mean values, either MPV or MV are both a rough summary of the barbell stoke while Peak provides just a snapshot. Every metric can be affected by athletes anatomy (taller guys need more time to achieve peak value than shorter ones; guys with shorter limbs and longer torsos usually have and advantage developing RFD; etc), exercise characteristics (partial ROM are not interchangeable with full ROM) and technique (especially seen in Olympic lift and derivatives).

MPV appears to be more sensitive to detect performance changes than MV 7,8. However, context is key and most issues with metrics have a heuristic solution. I like to think about exercises as tools whereas the form (biomechanics) is what gives you the function and limit what you can do with it.

In my opinion, Traditional Lifts like Squat, Deadlift, and Bench Press are “biomechanically” design to move a great amount of mass. Of course, acceleration is important ( mass times acceleration = Force) but little changes in the movement pattern are better choices to generate the desired outcome in terms of power or velocity output. So, If you want to increase velocity in the squat pattern, why not adding bands to shorten the braking phase of the movement, or instead of squatting with the 30%1RM as fast as you can (remember, light load zone is where the differences between MPV and MV arises) why don´t perform a loaded jump?

If the goal is to produce power, jumps and Olympic Lifts (especially pulling derivatives) are better choices. However, different ROM distances among the lifts will require different velocities which results in the need of more individualization (a common mistake is set velocity goals for everyone in the same lift which doesn´t take into account aforementioned issue). Also, one of the most underrated metrics, and also the most important one, TIME. When we are measuring peak velocity for a given lift it´s only telling us which is the greatest value achieved in a given phase of the movement (usually concentric phase) but it is not showing when or how long does it take to produce such a value.

Moreover, It has been shown that training not only influences peak performance variables but also elicits changes in the shape of the power-, force-, velocity-, and displacement-time curves throughout the entire movement 15,17. Additionally, those changes may not be entirely due to physiological adaptations (i.e., increased muscle activation) but also, mechanical changes in technique can be a contributing factor to the improvements in peak performance variables (i.e., increased depth of countermovement may result in the optimization of stretch-shorten cycle mechanics and lead to improved CMJ performance)17,18. 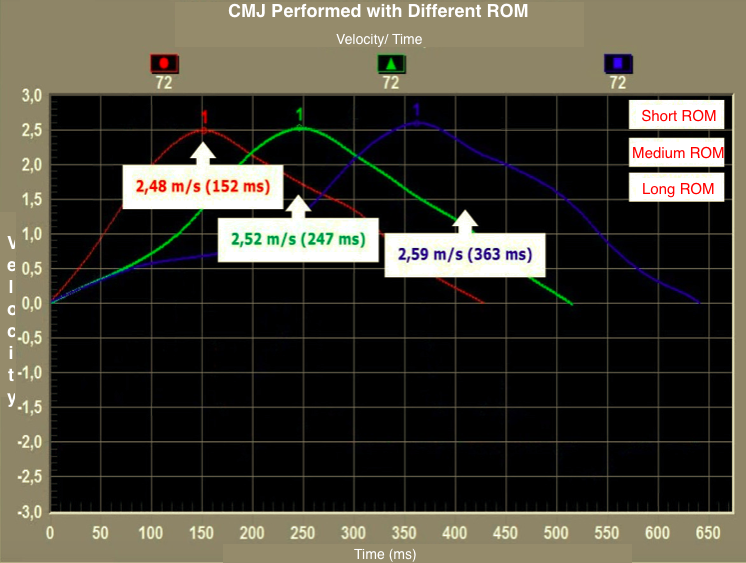 Finally, as we move further away from the max strength zone in the force-velocity curve; the amount of mass we can lift becomes more and more irrelevant whereas how quick we can displace those kg becomes crucial. On the max velocity part of the curve, especially when explosiveness is the goal, just measuring velocity may not be as important as other key variables such as the aforementioned time to achieve peak values. In this scenario, coaches are required to explore new methodologies and be creative to maximize performance. VBT can still play an important role, pushing athletes to gave their max in every single set or as a readiness or fatigue monitoring tool or even measuring contact time or RSI. Who knows how technological advances in sports science field may evolve? the sky is the limit.