VITRUVE is the VBT device every S&C COACH needs to reach their athlete’s maximum performance.
Train like the elite, be the elite.

WATCH THE VIDEO
BUY IT NOW

|  Reliability is a must

Velocity-based training (VBT) is the training method with more scientific research behind and is proven to be the most effective for strength training.

VITRUVE is the tool used by thousands of coaches and athletes because it has the highest precision in the market with a scientific validation study that supports it.

YOU ARE THE DIFFERENCE

Know what training is the most effective for your athlete.

IT ADAPTS TO YOUR ATHLETES.

GET TO KNOW YOUR ATHLETES BODY AND IMPROVE MORE THAN EVER.

Each athlete, each sport and each person is completely different. Not everyone responds equally to the same stimulus. The first step to optimize training is to know which stimulus is better for each one.

Velocity based training can do it:

IT ADAPTS TO YOUR ATHLETES.

GET TO KNOW YOUR ATHLETES BODY AND IMPROVE MORE THAN EVER.

Each athlete, each sport and each person is completely different. Not everyone responds equally to the same stimulus. The first step to optimize training is to know which stimulus is better for each one.

Velocity based training can do it:

IT ADAPTS TO YOUR ATHLETE.

KNOW YOUR ATHLETES BODY AND IMPROVE MORE THAN EVER

Each athlete, each sport and each person is completely different. Not everyone responds equally to the same stimulus. The first step to optimize training is to know which stimulus is better for each one.
Velocity based training can do it:

GIVE VOICE TO YOUR ATHLETE’S BODY

By using VITRUVE you can know what is best for your athletes and what to do to unlock their maximum potential.

Your 1RM is different every day, your performance can vary up to 20% in each session. Therefore, trying to find out what your 1RM is by reaching failure or trying to throw it is a big mistake.

With VITRUVE you will know your 1RM instantly, every day and without any extra effort from your body.

The fatigue corresponds to the loss of speed. Knowing it will allow you to adapt your training properly, achieving with the minimum necessary, improving more and recovering sooner.

With VITRUVE, you can quantify and adjust the desired fatigue in each session.

Using the perfect load every day and knowing what fatigue we are managing greatly reduces the risk of injury and overtraining.

With VITRUVE you will avoid possible injuries and you will better understand your body and your physical conditions.

Increase of the RFD

Decrease up to 60%  of your recovery time

Reduction of the total time of the sessions 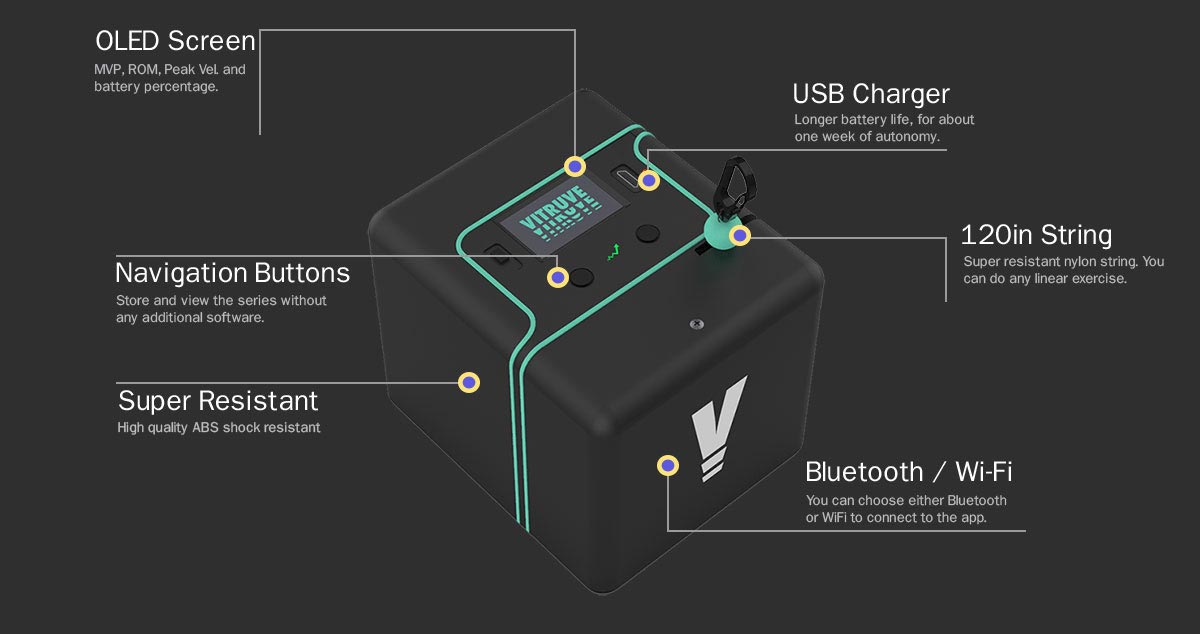 ALL THE POTENTIAL IN YOUR POCKET 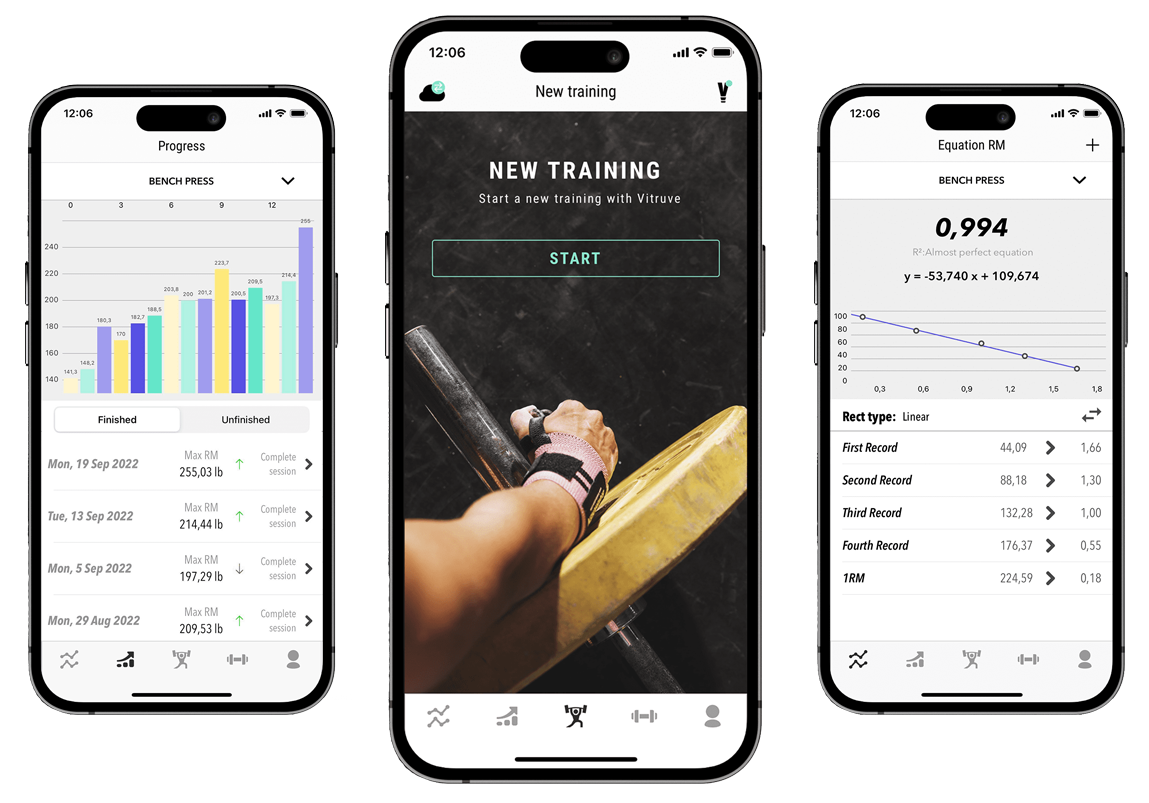 ARE YOU A COACH?

We’ve developed a new software for you coaches out there, where you’ll be able to manage all your athletes at once, motivate them through a leaderboard and a new interface.
Try it for free for 30 days!
Learn more

Training as the elite is no longer a privilege. Make an investment in your athletes performance and get results like never before.

Founder and Lead Developer at KineticPro

“Vitruve has changed the way we approach athlete development at KineticPro. It’s elevated the environment and become a staple in our programming daily.”

“VITRUVE has helped me recovering from my injury, working with the minimal load and fatigue to recover faster.”

“My favorite VBT system is VITRUVE! It gives our athletes instant feedback, makes them compete more and improve their power output“

ARE YOU READY TO MAKE A CHANGE?

You are one step away from changing your athletes performance and their health forever. Knowing the body is the only way to unlock its true potential. 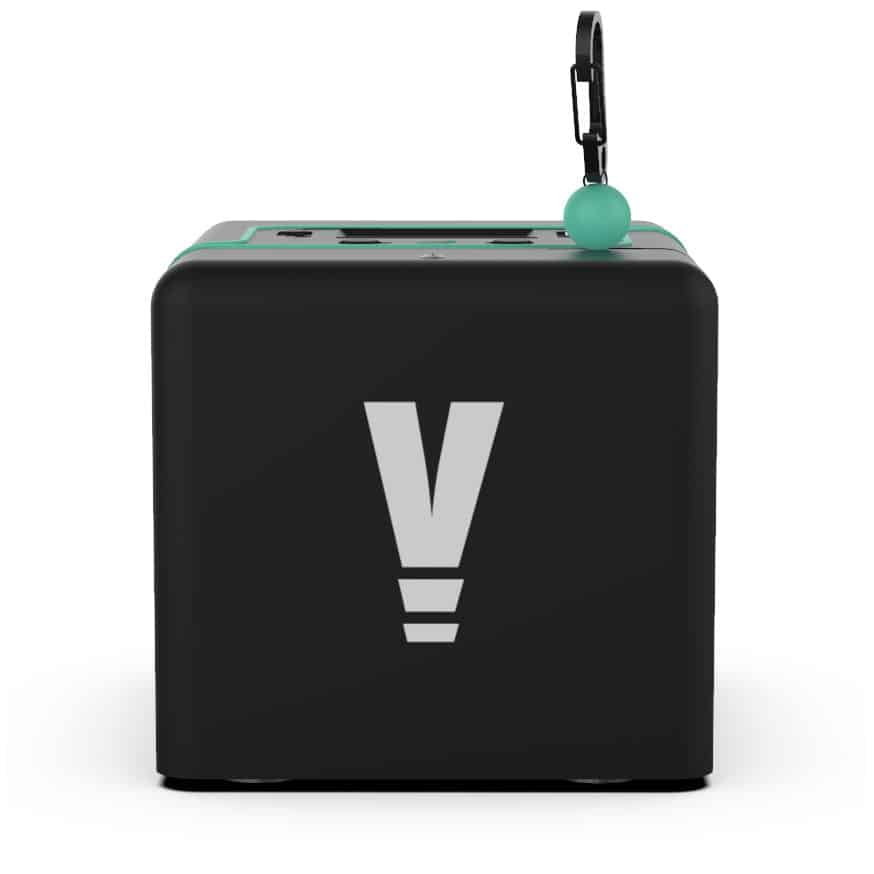 Frequent questions about our VBT device

What is a linear Encoder?

A linear encoder is composed of an optic encoder capable of measuring angular movements and a coil that allows linearizing them, in this way, any linear movement can be measured.

It is a very useful tool when it comes to evaluating the work an athlete does in the gym. Thanks to different variables measured by the device (displacement, velocity, acceleration, power …) it’s possible to know with high precision the fitness condition on an athlete daily and without the added fatigue.

In this way, among many other things, you can know how much weight your athlete must train every day to get the maximum match to the lifting session. You can also find and control the fatigue that the athlete accumulates, avoiding possible injuries in their specific sport.

Many ask us what device to buy. At a time when accelerometers were becoming popular, we decided to develop the Vitruve linear encoder because without a doubt it is the most PRECISE technology to monitor the training, and it’s not only our opinion, several validation studies show how the accelerometers today lack the minimum precision to estimate 1 RM or quantify fatigue correctly.

Is the app for free? Where can I download it?

Yes, the app is totally free. You can download the Vitruve app from the App Store (iOS) or the Speed4Lifts app on Google Play (Android*)

* We have temporarily paused updates on Android. We apologize for the inconvenience.

Can I return my VITRUVE after I buy it?

Yes, you have 30 days of guaranteed return. The customer must take care of the shipping costs and also the charges that may have been due to customs. The total sum of the expenses will be deducted from the amount to be returned.

IMPORTANT: You MUST first send us an email to contact@vitruve.fit and wait until we answer you with the instructions to send it back.

If you do not follow the instructions we give you, it may incur more expenses for you.

What are the metrics I can analyze with the Vitruve Encoder?

Currently, the available metrics that you can analyze and adjust to each of your workouts or your athletes are:

– Mean Propulsive Velocity (MPV): is the mean speed from the beginning of the concentric phase until the acceleration of the bar is less than gravity.

– Mean Velocity ​​(MV): It is the average value of the total speeds in a sum of time. That is, it is the average of the sum of all the instantaneous velocities in a survey.

– Fatigue: Within speed-based training, fatigue is measurable through loss of speed both between sets and within sets.

– Fatigue between:
Between-set fatigue refers to the loss of speed from the fastest set rep of the entire workout to the slowest set rep.

– Fatigue intra:
It refers to the loss of speed that occurs within the same series, from the first repetition, or the fastest repetition (in some cases it is not the first) to the slowest.

– ROM (Range of Motion):
For its acronym in English Range of Motion, or range of movement, we refer to the distance or route that we make with the load, in one of its phases (concentric or eccentric), either with a bar, a dumbbell, or any that being the object to move, whatever type they are.

– Mean Power:
It is the average value of the power applied during a lift.

– Peak Power:
It is the value of the power that is reached by applying the greatest degree of force at a specific moment.

– Peak Force:
The maximum force that an athlete can express regardless of his body weight.

The reason athletes spend countless hours in the gym to train their bodies is to prepare for one precise moment in which they show their strength, power, and force to secure victory. This moment of truth in which you show your ultimate physical attributes is called...

END_OF_DOCUMENT_TOKEN_TO_BE_REPLACED

The deadlift is one of the most repeated strength exercises by all athletes who come to a gym. An exercise that focuses mainly on the muscles of the back of the body and that replicates very well the movement of taking any object from the ground (shopping bags, small...

END_OF_DOCUMENT_TOKEN_TO_BE_REPLACED

Weight training is something that is becoming very common among men and women of all ages. Today, looking better is the main cause for physical exercise for both men and women. However, this has not always been the case due to the imposition of the thought that a...