Strength training has been one of the main resources that coaches have used in their athletes with the aim of increasing their sports performance.

In the sports field, the vast majority of disciplines have a common categorical component: to be faster than the rival. Both in team sports and individual sports, being faster will help a lot to make you win, but without a doubt, the discipline in which speed is the decisive component is the race.

When running you never push yourself with both legs at the same time, but a unilateral work is done, that is, with only one leg. Therefore, when it comes to strength training with the aim of improving performance, using exercises that involve certain similarities and have direct transfer to the race, will be very interesting options. So, you don’t know how to do it? In Vitruve we tell you everything!

Load training in the weight room has focused mainly on bilateral movements on the sagittal plane. And these are still incredible because of the great transfer they can have, but unilateral work and in other places will provide some variability of stimulus that are so important.

In addition, when it comes to working, the weight of the body becomes more important than when we work bilaterally. This causes the stabilizing musculature to be involved to a greater degree, fundamental in any aspect of the sports field. A strong core is the engine that will trigger performance. You can’t keep progressing in heavy exercises when you have a weak core.

With unilateral training, we seek that our athletes are more functional, that is, that the purpose they want to fulfill they manage to do as well as possible.

What types of exercises are there?

If you are familiar with the squat and the movement pattern of this exercise, surely some of these exercises will be easy for you to learn, but it will give that extra intensity to your training or that of your athletes.

Within the dominant knee exercises we can divide into two sections:

These exercises are triplane because, even being in the sagittal plane, the stabilizers are activated as anti-rotators, in such a way that they prevent movement in the frontal and transverse plane, thus working the 3 planes. In other words, more muscle is worked in unilateral exercises without support.

Like biarticular exercises, the fundamental exercise to include the dominant hip pattern in your workouts is the deadlift. This movement performed unilaterally will allow to activate in a combined and coordinated way all the rotating hip muscles to stabilize the pelvis and the erectors of the spine, trapezius and rhomboids to stabilize the spine and scapula.

In addition, unilateral deadlift causes a great activation of the buttocks and hamstrings while reducing stress on the lower back, a fact to take into account for those athletes who show discomfort in the lumbar area when performing bilateral deadlift with high loads.

Another exercise to consider is the sliding leg curl. This movement will activate the buttocks and hamstrings in such a way that they must work in coordination to keep the hip in extension and flex the knee, that is, it obligas this set of muscles to work from its two ends and on the two joints on which they have mechanics. As a knee flexor, generating movement, and on the hip stabilizing it as a synergist next to the buttocks.

Is one-sided training for everyone?

In short, like everything in life, it requires a time of learning and progression. If this work has never been done before, it begins with movements where the points of support are as stable as possible to focus the attentional focus on the technique.

When we have passed that level, we will look for the points of support to be reduced and the load to increase.  In addition, once we master the exercises, we can vary the type of contraction or stimulation we are looking for, modifying the Bulgarian squat for example so that the eccentric or isometric work, for example, is greater than the concentric.

We can also vary the inclination of our trunk to influence more in one musculature or another. For example, we can turn a dominant Bulgarian knee squat into a dominant hip squat if when we go down, instead of doing it as vertical as in the first option, we lean forward.

Next, we leave some exercises to take into account and very useful when looking for that more direct transfer in sports performance. 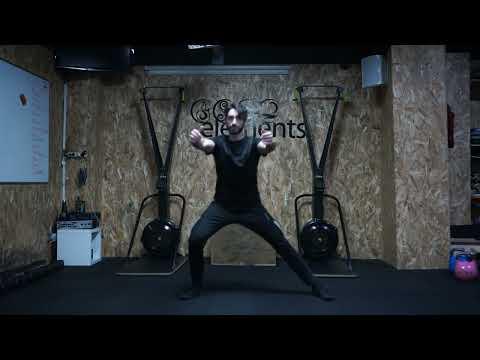 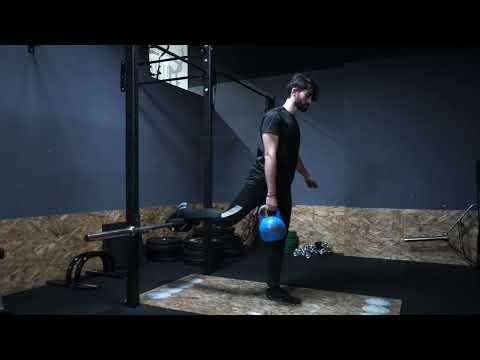 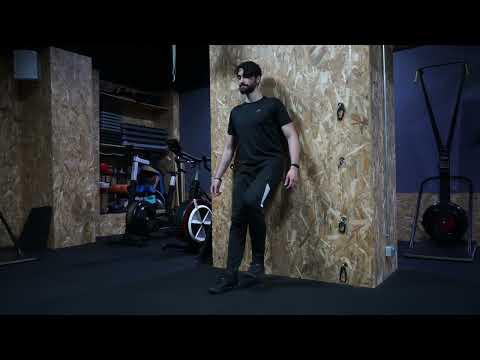 Unilateral squat to drawer without support 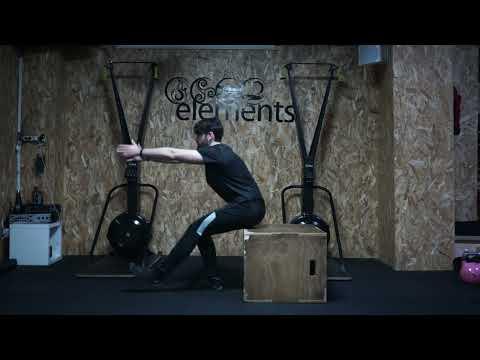 Uploads to unilateral drawer with KB 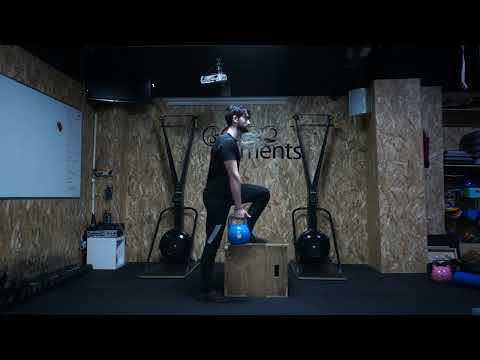 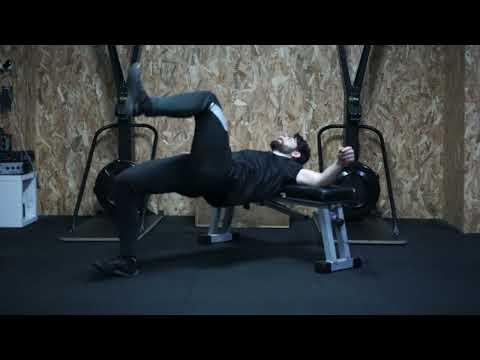 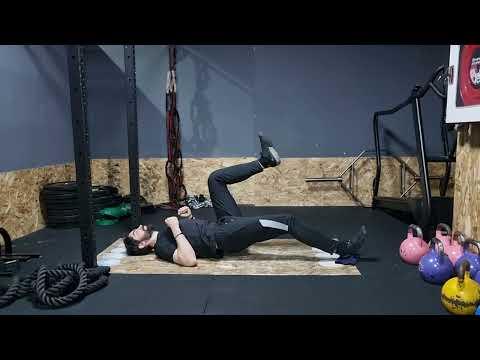