The Reactive Strength Index (RSI) was originally developed as part of the Strength Qualities Assessment Test (SQAT) used at the Australian Institute of Sport to evaluate and classify different athletes (mainly sprinters and jumpers) based on their strength qualities 1.

The whole rationale behind this assessment was to generate an individual profile based on those metrics to assists the coach in identifying specific strengths and weaknesses and individualizing the training programs and also to monitor the training process and check if planned goals were achieved or not and improved the program as needed. 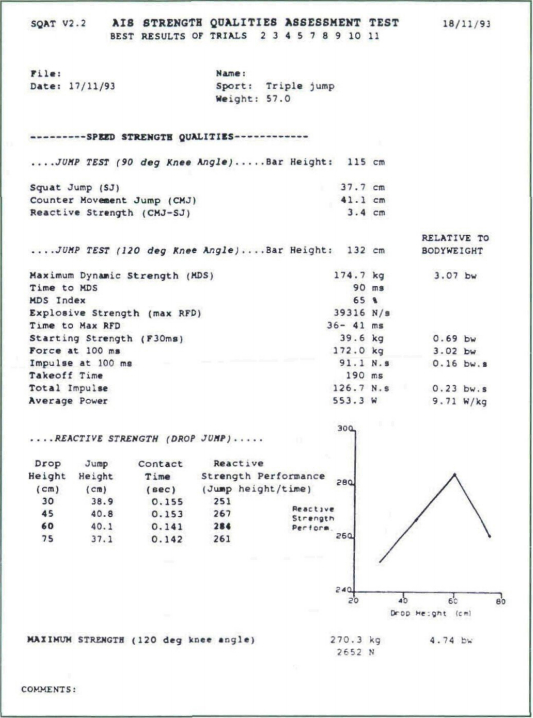 Figure1: Example of results from the SQAT taken from the original publication1

But what is RSI actually showing? In simple words, we are measuring how many cms of height we can achieve per millisecond of time touching the floor.

But what is RSI actually showing? Well, the index is actually a ratio between two variables which in mathematics, indicates how many times one number contains another. We use ratios to make comparisons between two things, in this case, we are comparing the jump height (expressed in Centimeters) with the contact time (expressed in seconds), which is basically the amount of time an athlete is touching the floor in between jumps because RSI is usually calculated from Drop Jumps.

However, with the recent advance in sports performance technology such as linear position transducers, portable force plates, etc., we can calculate RSI for non-plyometric jumps such as CMJ, using the time to take-off instead of Contact Time which includes the time needed for performing the eccentric and concentric phases of the stretch-shortening cycle2.

In simple words, we are measuring how many cms of height we can achieve per millisecond of time touching the floor.

I´m from Argentina, and for some reason that I´m not aware of, we do things differently (usually that means in a bad way, especially regarding economic issues). Instead of calculating RSI from the difference between height and contact time, we use the ratio between flying time and contact time. So far so good, but somehow we came up naming it Q index. To be honest, I´ve never seen this terminology (Q Index) published anywhere but the ratio is a valid way to get the RSI. In fact, the jump height is usually estimated from the flying time data as shown in the next equation. Summing things up, it makes a small difference which calculation is used as jump height and flight time are strongly correlated as both are a straight mathematical derivation3 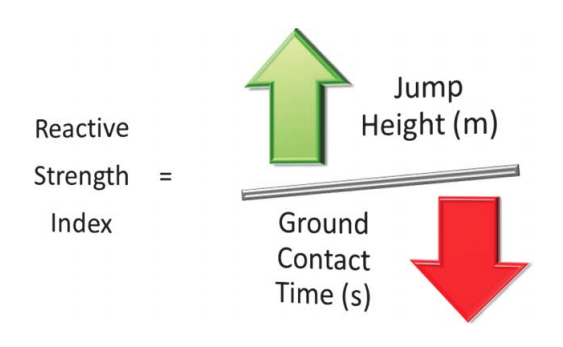 Figure 2: Formula for calculating the RSI. Reactive strength index can be increased by increasing jump height, decreasing ground contact time, or both 4.

The action of the SSC can be seen as a spring, during the eccentric phase, the active muscles (and non-contractile elements as well) stretch and absorb energy6–8. Some of this energy is temporarily stored and then reused during the concentric phase of the SSC8. As the amount of force applied increases (compression speed) in specialized tissues such as tendons, fascia and muscle itself, the resulting force manifestation, expressed in the concentric phase, increases as well9,10. However, for the elastic energy to be used optimally, a rapid transition between the eccentric and concentric phases is required. Therefore, a jump which incorporates a rapid SSC will often allow an athlete to jump higher or farther than a jump from a static position 9,10.

Representation of the SSC phases 11 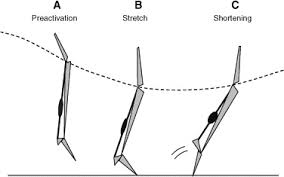 The SSC does not only occur during jumping or rebounding movements but also during any form of human movement when a involves a change of direction (walking, sprinting, throwing, twisting). However, massive differences exist at the speed at which SSC occurs in different movements which have been shown to be a key variable affecting mechanical stress in a given action5. Consequently, the SSC has been separated into two categories based upon the duration of the SSC1. However, caution must be taken to not oversimplify this.

The neurophysiological mechanism behind the Stretch-Shortening Cycle (SSC) contribution includes: storage of elastic energy 9, active state8,12, muscle and non-contractile tissues length-tension characteristics13,14, unconscious nervous processes15–17, pre-activity tension18, and efficiency of motor coordination 8,12. But to simplify this a little bit, we are going to divide them into two categories:

Changes in the mechanical properties of the muscle-tendon unit

As we mentioned before, the muscle-tendon unit is responsible for absorbing, storing and realizing the elastic energy in a SSC motion. In fact, due to its elastic properties, the tendon is thought to be the most important site for this task 6,7. However, muscle tissue also plays a key role, the cytoskeleton of the sarcomere consists of filaments such as titin and meromyosin, elements that have elastic qualities as well 19–22. Basically, muscles must stiffen (contract) prior to making contact with the ground, which is commonly known as ‘muscular pre-activity’, and stay stiff during the whole eccentric and amortization phase in order to avoid the collapse of the joint or dissipating energy as heat and thus efficiently transmit forces into the tendon and non-contractile tissues generating the deformation of the structures and consequently the storage of the elastic energy that will be released during the concentric phase additionally to the propulsive force generated by contracting muscles 5,11,23,24.

Pre-Activity of the muscle It is considered a component of the movement coordination program in the CNS which purpose is to optimize muscle action at the start of damping contracting agonist muscles in an anticipatory fashion. It takes place from the moment that the myoelectric activity raises above basal levels until the moment of contact with the ground25.

Figure 4: “A schematic illustrating how the directional flow of energy in muscle-tendon systems determines mechanical function. (A) Mechanical energy is conserved (i.e. muscle work is reduced) when elastic structures store and recover cyclic changes in the mechanical energy of the body or an appendage. (B) Tendons loaded directly by the work of muscle contraction can release that energy rapidly to the body. If the energy is released more rapidly than it is stored, muscle power can be amplified. (C) A rapid decline in the mechanical energy of the body or an appendage can be temporarily stored as elastic strain energy, followed by the release of this strain energy to do work on active muscles. This mechanism has the potential to reduce peak power input to muscles, thereby functioning as a power attenuator. In the figure, red indicates the flow of energy between active muscle contraction, tendon strain energy and body kinetic/potential energies.” Taken from 26

Sensory receptors in both muscle and tendons known as ‘proprioceptors’ (Muscle Spindles within the muscle and Golgi tendon organ (GTO) in the tendon) inform the SNC about changes in tension, length and joint angles and the rate at which this occurs 27,28.

During the eccentric phase of the SSC, the muscle is lengthened, the stretch signal is recognized by the muscle spindles which generates a reflex response increasing both motor unit recruitment and rate of coding to prevent over-lengthening and limit the possibility of injury15,29. Moreover, the excitatory response from the muscle spindle would lead to a greater concentric force output that would have been produced without it. 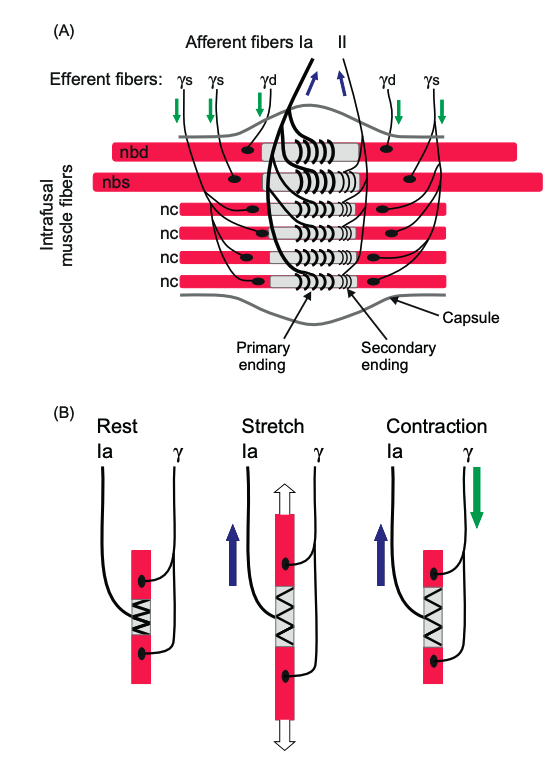 The original testing procedure for RSI as a way of measuring fast SSC ability proposed by Young 1 included an Incremental Drop Jump (DJ) procedure which consists of a DJ from a variety of drop heights (30, 45, 60cm) To impose various stretch loads on the leg extensors. A contact mat /computer system was used to record jump height and contact time1. 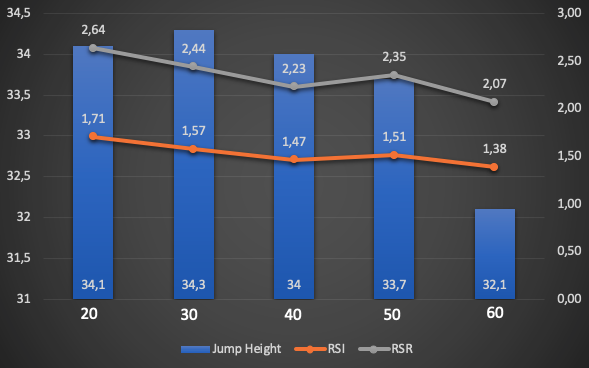 Figure 6. Example data from the Incremental DJ Test from a Rugby Player.

However, due to the advancements made in the sports science field and the improved technology available, other ways of measuring RSI have been developed2.

Ebben & Petushek tested 49 subjects from National Collegiate Athletic Association (NCAA) Division-I, club, or recreational sports and participation in plyometrics as part of their annual training program. They used a battery of different jumps on a force plate to test RSI which included:

To calculate RSI the equation replaced ground contact time with time to takeoff in the. Thus, jump height was divided by time to takeoff which included the eccentric and concentric phases of the SSC and can be calculated for all vertical jumps2. 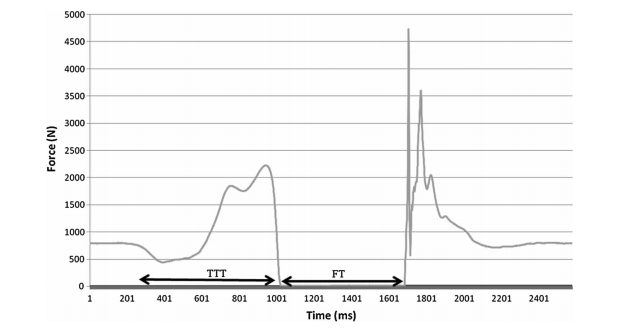 Moreover, Harper & Hobbs 33 based on the work of Lloyd et al., 2009 34 proposed another way of assessing RSI which consisted of 10 consecutive jumps, also of maximal height and minimal ground contact time, where the final RSI is either the average of the 5 best or the average of the last 5 jumps (10/5 Test) 33.

Even though any test can be valid and reliable in assessing RSI and thus, fast SSC ability, a deeper understanding of the testing procedures could be an advantage to get the most information out of them.

For example, because of the characteristics of the 10/5 test, failing to maintain good postural control and accommodate for rapid corrections during the movement by the SNC could lead to discrepancies in both ground contact times and jump heights, both of which are integral components of the reactive strength index. Consequently, the inability to consistently coordinate movement during the ground contact phase could lead to greater variation in deformation of the ‘‘spring’’, and therefore greater variation in leg stiffness. The 10-5 testing protocol may be better for assessing stiffness because the drop height is constrained by the jump height of the previous repetition which gives further information that a single effort on the DJ test may not. 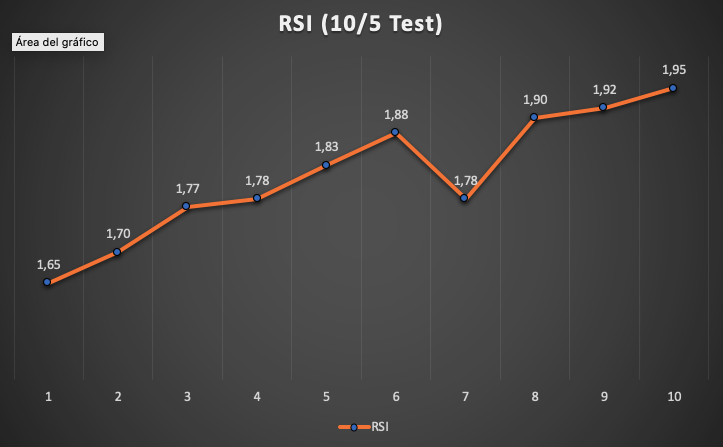 Figure 8. Example data from the 10/5 RSI Test from a Rugby Player.

There are 2 main reasons for selecting and implementing any testing procedure:

RSI ability has been related to fast SSC action, which is involved in every relevant movement in most sports. In addition, RSI has been shown to have a strong relationship with both changes of direction speed and acceleration speed35agility 36 and also maximal strength37,38.

Moreover, RSI can be used to optimize the height for plyometric depth jumps from both a performance and injury-risk management perspective. Basically, during an incremental DJ test, if RSI is maintained or improved as height increases, and contact time is maintained below 250ms, it can be assumed that athletes reactive strength ability is enough for that depth. In contrast, a decrease in RSI and/or going beyond the 250ms contact time threshold may be indicative of a sub-optimal training stimulus or excessive stress on the muscle-tendon system.

In addition, contact time can be a powerful tool to monitor plyometric performance and asses fast SSC in real-time during sessions. It can also be used as a motivational tool to encourage athletes to give their best in every rep.

Finally, RSI can be used as an athlete monitoring tool to assess neuromuscular fatigue and readiness throughout a training period.

END_OF_DOCUMENT_TOKEN_TO_BE_REPLACED

Physical Inactivity and Covid-19: The Ignored Risks – Part I

END_OF_DOCUMENT_TOKEN_TO_BE_REPLACED

Physical Inactivity and Covid-19: The Ignored Risks – Part I