Sport Psychology: A Review for Professionals

Sport psychology is a specialty focused on improving performance through the different existing cognitive-behavioral methodologies. Over time it has not had a great presence in the preparation of elite athletes or amateurs. Relegated to the background, psychological treatment has not been the basis of any coach. However, with the passage of time and with the advancement of this and other sciences such as “coaching” every day is more present in all preparations for beginners and Olympic athletes.

We gather the latest statements of Simone Biles, Olympic champion in multiple modalities of artistic gymnastics such as floor, balance beam and vault jumping:

“What we do is not easy, if not everyone could do it. But, at the end of the day, we are not only athletes or artists, but we are also human and we have emotions and things that concern us behind the scenes and that we do not tell you. I think it’s something people should be more aware of.”

Simone Biles decided not to participate in the last Olympic Games because of the high pressure she was subjected to.

What is sport psychology

The objective of this post is to publicize the studies in which different problems such as depression, schizophrenia, anxiety or stress are treated through physical exercise.

Study of exercise for anxiety control

The first study that we are going to address is the one carried out by Daniel and collaborators in 2017 and whose objective was to know the importance of physical exercise on the control of anxiety (1). Anxiety is a response that the body gives to uncontrolled situations. As the authors comment in this study, they had people with anxiety that could come from a traumatic disorder or an obsessive-compulsive disorder. Finally they managed to obtain a number of participants equal to 48 with different types of mental disorders related to anxiety. The 48 participants were randomized into three distinct groups:

These people carried out a 4-week intervention in which they were evaluating the symptoms of anxiety and the fun they felt when performing physical exercise. To know the level of anxiety, diagnostic methods were used such as the DASS-21, a questionnaire to measure the level of phobias (SMSP-A), the social phobia scale (SPS) and another type of test to evaluate the psychological state of the person.

To evaluate the improvement of the physical condition they used the test of the 6 minutes walking (6MWT) which consists of performing the largest possible meter in 6 minutes without running, just walking.

Participants trained for 4 weeks with both aerobic exercises and strength exercises depending on the group they belonged to. In the aerobic exercise group, participants performed 3 days a week of exercise bike for approximately 40 minutes and at an intensity between 60-80% of the reserve heart rate. This intensity could be said to be within the range of moderate-vigorous.

On the other hand, resistance training consisted of exercises such as leg press, bench press, femoral curl, one-hand paddling, etc. Basically, they developed a full body routine in which they performed 2-3 sets of 10-12 repetitions. The problem is that the study doesn’t mention the intensity at which they performed the exercise so we won’t know how intense it was (X % RM).

As for the results of this study carried out in 2017, we can highlight that both aerobic exercise and strength exercise seem to be efficient in improving some of the symptoms related to anxiety and both help improve physical condition. One of the unknowns that these researchers had was whether the appetite for the type of exercise could interact with the effects and they saw that it couldn’t. The results of exercising are independent of whether or not you feel like it.

Another study conducted in people with Parkinson’s has studied the difference between performing an exercise protocol based on yoga combined with meditation and strength exercise training on factors related to depression and anxiety. The variables that were studied were the motor dysfunction and mobility of these people, stress measured through the scale (HADS) and “spiritual well-being” and quality of life measured through a questionnaire (HRQOL). These people usually have motor problems in addition to mental illnesses such as anxiety or stress.

In this sense it has always been said that physical exercise is a very good tool to reduce stress and anxiety. In this study published in the famous journal JAMA Neurology in 2021 JoJo. et al. compared the effects of a yoga intervention with  mind-fulness and an intervention with strength exercise (2).

The exercise-based intervention of yoga and meditation had a “training” frequency of 1 day a week with 90 minutes. In addition, all participants had to perform two weekly sessions of 20 minutes at home performing the different postures that were worked during the session. The sessions were divided into 60 minutes with exercises such as “the sun salutation”, 15 minutes of breath control and another 15 minutes of meditation. 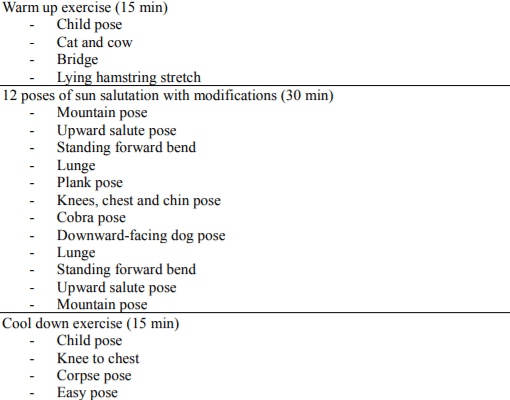 On the other hand, the intervention with strength exercises had the same duration and were combined sitting and standing exercise and from different parts of the body. The goal of strength training was to improve motor patterns as well as to improve physicality. 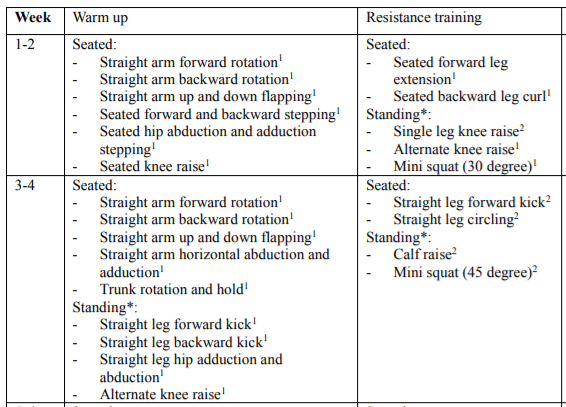 The results of this powerful study confirm that yoga and meditation is a key tool for the treatment of not only Parkinson’s but also of the disorders that can develop from the pathology such anxiety, stress or depression. In addition, yoga exercises also seem to help motor control and functionality just like strength exercise does.

The conclusion we can draw from this other study is that both yoga training and strength training are effective in improving the quality of life for people with Parkinson’s. We must bear in mind, as we have mentioned, that Parkinson’s is not only a disease that affects the motor system but also has an impact on people’s mental health. And that is why within the rehabilitation programs they should have a special section for the treatment of these problems.

As a result of the two studies that we have presented in this post, we can conclude that exercise seems to be an effective intervention for the treatment of depression and anxiety in addition to other factors associated with these two problems. However, this time we have not focused on analyzing how the sport can affect our health. We have not carried out this approach due to the fact that at the user level we think that it is very difficult for regular physical exercise to cause stress or anxiety so great that it has to be specially mentioned.

However, and in line with the words of Simone Biles mentioned at the beginning of the text, we can say that elite athletes must bear in mind that the requirement to be a professional athlete is so high. Sometimes, these people are subjected to a high degree of stress that they are not able to manage and that is when it begins to be harmful to health.

From the Vitruve blog we want to raise awareness among both normal people and professionals that physical exercise and training should be a tool to achieve good physical and mental health. When we see that the realization of physical exercise or the training itself is a problem in the day to day of the person or that begins to have a change of attitude towards it, the best, as our studies say, is to perform exercises that transmit calm and peace to the organism such as yoga or meditation and start a cognitive behavioral therapy.

Finally, and being the month of November in which mental illnesses are given greater visibility, we want to emphasize that there is no better therapy when you have problems of stress or anxiety than putting yourself in the hands of a professional. In addition, if we practice this therapy with exercises such as yoga or strength training, studies indicate that the level of health can improve.

END_OF_DOCUMENT_TOKEN_TO_BE_REPLACED

Velocity based training explained: the science behind it

END_OF_DOCUMENT_TOKEN_TO_BE_REPLACED

Velocity based training explained: the science behind it